Comparisons of the costs in Europe: an approach from the companies’ analyses [Part 2]

As we saw in the first part of this post (link) we understood that the cost of labor in Europe is fairly similar (only Spain shows much lower values), while the profitability of the companies was lower in Italy than companies in France and Germany. So among the costs of the companies there must be a substantial difference justifying the final difference in profitability.To understand better where the differences are found, we try to see the profitability in terms of EBITDA (link), by taking out financial costs, depreciation and amortization, extraordinary items and taxes. 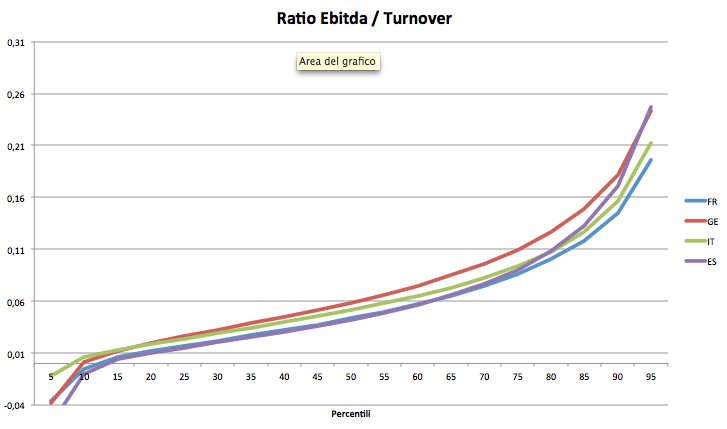 a) Germany shows the best profitability;

b) Italy, France and Spain are aligned!And so here’s the surprise! The differences among European states are not found in operating costs! But they are lurking in other areas: financial costs or in taxes (we know that depreciation is more or less similar across Members: remember that we took a pool of around 200,000 companies throughout Europe comparable to each other) .
Reminding us of the enormous differences indebtedness of Italian companies (dedicated post here) we look at the distribution of financial costs: 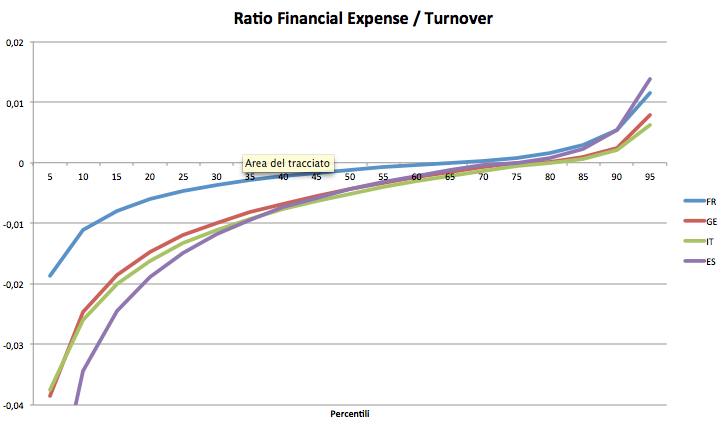 and here we see the first detachments: France certainly shows the best behavior (the debts cost less), while Italy and Spain are the countries where the cost of borrowing is greater; confirming, at least for Italy, that the greater indebtedness the more financial costs!

There remains one last element to be studied: taxation for companies, what do the data say: 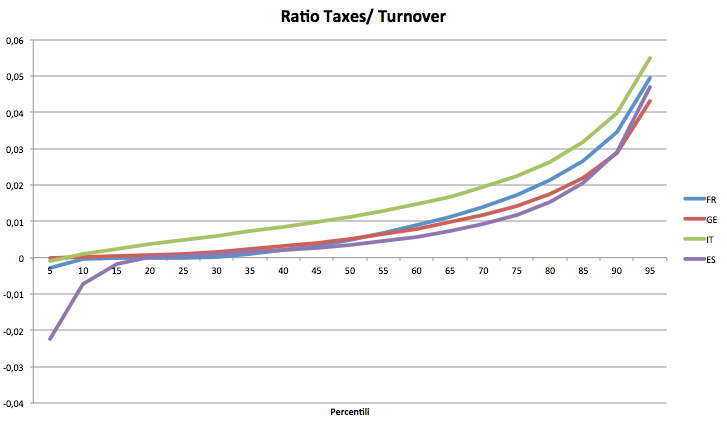 And here, unfortunately for Italy, the comparison is truly immense: the Italian companies pay considerably more tax than all companies in Europe, as a minimum, the median values are double!And we therefore explained why Italian companies show lower profitability than the other European states: financial costs are higher because they have more debts but the most important part comes from the high taxation which is twice as much as the states across Europe.

And where is reflected differences at the end of all this: just check the average rating in the different states (always calculated over 200,000 companies throughout Europe with the methodology MORE): 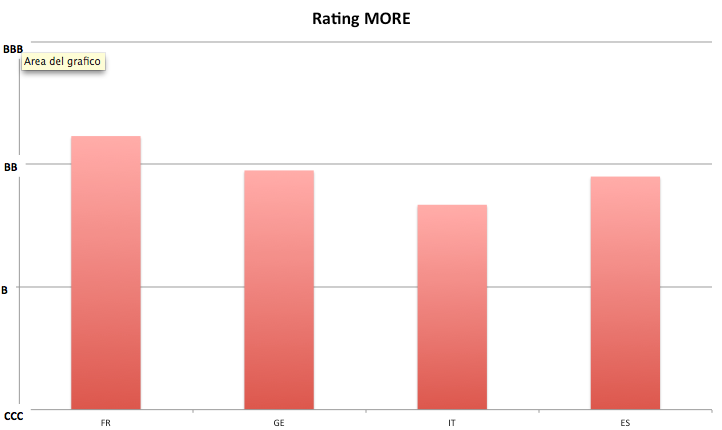 From this chart you can see how the average rating of Italian companies is without a doubt the worst, given mainly by high debt and high taxation;an emblematic result of how the management of a country is reflected directly on the financial and economic situation of the companies operating in that context.