Sensitivity analysis: how to evaluate the company’s financial resilience

Among the risk management tools included, oplon Risk Platform - modefinance’s modular solution for risk assessment and portfolio management, developed to protect companies and financial institution from the counterparty insolvency risk – also features an analysis tool to evaluate the sensitivity of MORE, modefinance’s Artificial Intelligence methodology for risk assessment. The MORE Sensitivity performs a stress test of the counterparty’s resilience to financial shocks by measuring how a ± 20% ratio fluctuation would have an impact on the company scoring class.

The analysis funnels through three charts:

The Sensitivity chart shows how a ± 20% ratio change would affect its relative score. This is obtained by comparing the value recorded in the company financial statement with the average values resulting by a sector comparison. The dashed line shows the current score of each ratio, while the bars’ height depends on the span of the score shifting that such a change would cause. 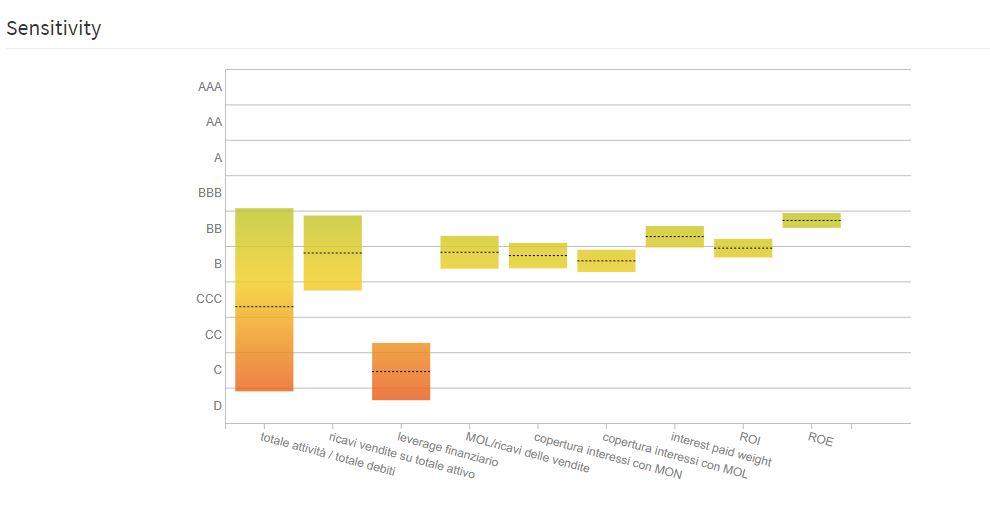 A variation of the most sensitive ratio not always bears on the company’s financial health. The MORE Score is reckoned according to Game Theory's strategic interaction principles, which assign each ratio a weight according to its strategic relevance. The Contribution bar chart reveals the percentage weight of the most significant ratios: if the bar is green, the ratio score is higher than the company total score, lower if it’s red. 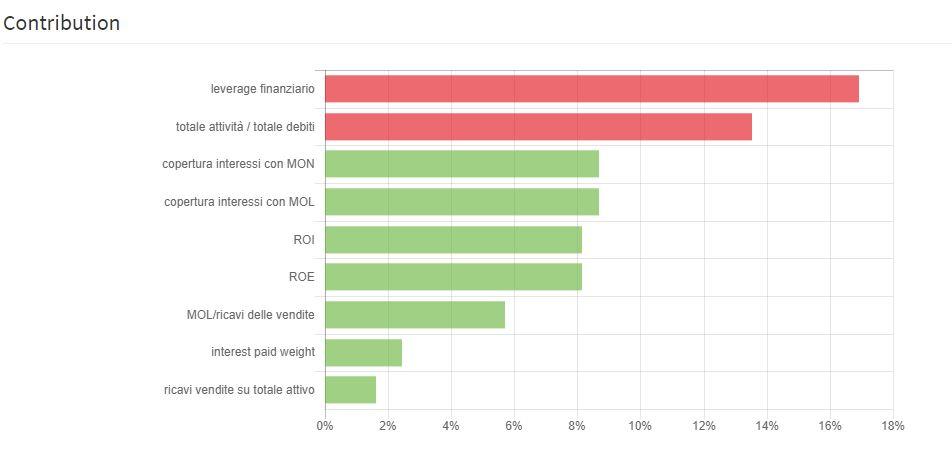 The last graph shows the each ratio's impact on the MORE Score. The ratios's sensitivity and their contribution weight resault in the represented outcomes, while the dashed line points out the scoring class obtained by the company according to the last financial statement. 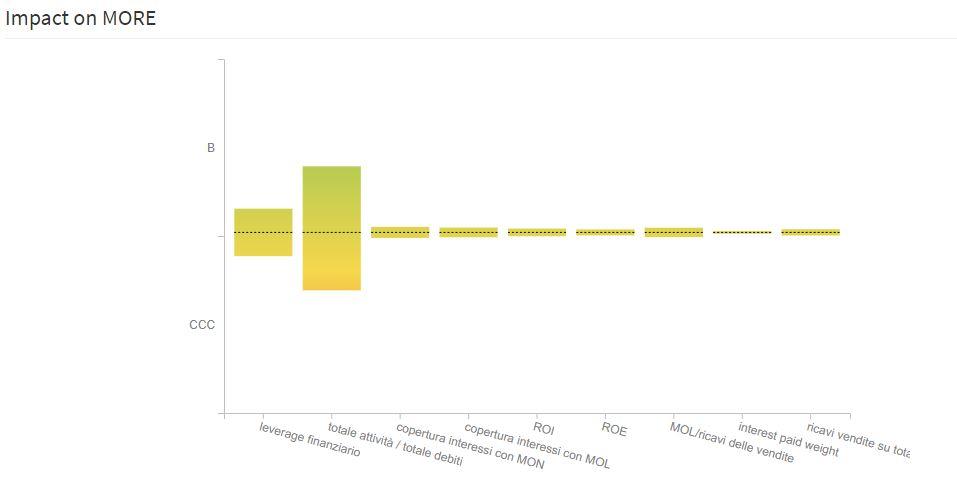 From the case study displayed in the pictures we can notice that sharpen the financial leverage – which shows a low sensitivity, but holds the first place in the contribution graph – would turn down the score class to CCC. Likewise, an asset turnover growth would raise the ratio score from B to BB, but, as its contribution weight on the MORE Score is less than 2%, it wouldn’t significantly affect the company total score. We can therefore deduce that financing the company would entail a risk for the company itself, as a debt increasement would worsen the leverage and the total assets on total debt ratio. Furthermore, as the profitability ratios show a low sensitivity, the insolvency risk would remain high even if the ROE and the ROI increased.