We all know the story. On 15 September 2008, around midnight, Lehman Brothers announced bankruptcy. That date marked the beginning of a severe crisis, the worst the world had known. At least until 2020.

Twelve years later, the great financial crisis seems nothing compared to the one we are now dealing with. But the framework has also dramatically changed. In the last ten years, the world has experienced an unprecedented technological breakthrough, which has resulted in a profound transformation of the financial sector. The rise of the Fintech industry has allowed the development of new business models, innovative financing channels, and advanced analysis models.

Does all this make us better prepared to face the current crisis?

Here are the thoughts of Mattia Ciprian and Valentino Pediroda, modefinance’s founders. 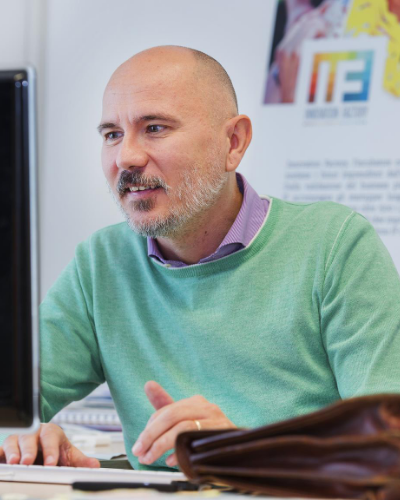 Twelve years ago, the financial crisis caught the entire world flat-footed. Couldn't or wouldn't it been foreseen?

Ciprian: There is only one rule in finance: lots of risk, lots of return (and vice versa). At that time, the risk was hardly manageable. Although the most advanced analysis methods flourished, they had no grip on reality, and nobody wanted to take notice of the real situation.

Pediroda: however, the warning signs were visible. In 2007, during the validation of MORE, our scoring model, we performed a simulation on all European companies. Analysing the results, we found a bug in the model, as most Icelandic companies had a high probability of default. But it was not a bug: most companies had low liquidity and high financial debts. Eventually, one of the first countries to have suffered a severe crisis was actually Iceland. The crisis we are now experiencing is totally different.

Are we better prepared today to tackle the aftermath?

P: I would say yes. Beyond any judgment on the measures put in place by the government, political actions have been taken immediately, not only in Italy but also at a European level. It's hard to predict whether they will work or not, also because together with funds comes great responsibility, so to speak. However, there has been greater international cooperation since the very beginning.

C: Companies are also better prepared. After the Basel II regulation and even more after Basel III, they have become more diligent in monitoring their strengths and weaknesses. The new framework has ended up rewarding those companies that are more open to self-assessment, which have proven to be more stable and more resilient. Today, overall speaking, companies are more sound.

Have credit risk assessment models also changed in the meantime?

C: Absolutely. At the time, no one questioned the data used for the evaluation of companies. The balance sheet data, which are historical data as they refer to the situation of the company in previous years, were the most used. For that time, it was an adequate approximation. Now much more attention is paid to data freshness. As a result, the models have also evolved and can now evaluate different data of different freshness. They are more refined, with much greater predictive capabilities than a few years ago. Think about ForST, ten years ago it would not have been possible to achieve the same level of accuracy.

P: Just think of the possibility of using alternative data. Even the analysis models themselves are no longer static, but they learn from data and evolve any time new information enter. In the past, once the model was developed, no substantial changes could be made. Now analysis models are adaptive and could even be self-driven. Of course, human control is necessary to avoid unforeseen drifts, but it would not be impossible at all developing completely autonomous models. 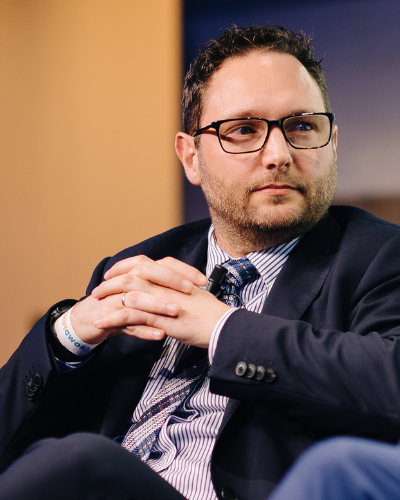 In the last decade the financial world has undergone a huge transformation, both regulatory and technological. Which role does the Fintech industry play today in crisis management?

C: There are two issues. The first is process digitization. At a time when everything has to happen remotely, even the customer-investor relationship, the digital native Fintechs do not have the difficulties of adaptation that the banking system has. The second issue is speed: in dramatic situations, you cannot follow the ordinary path. Many Fintechs have faster due-diligence and credit disbursement processes, but they reach a small audience in the European financial ecosystem, which is essentially bank-based. What Fintech can do is to help banks to be faster, digital, and adaptive.

P: Recently we are witnessing an increasing collaboration between banks and Fintechs. Process automation is a hot topic for the financial system and can only happen with the development of innovative technologies. Fintechs have an extra edge in this, because being smaller and less constrained, they are also faster in developing the technologies to be implemented in banks.

After the last crisis, there was a complete overhaul of the Basel regulations that result in a credit crunch. Will this crisis lead to a further update?

C: Risk weighting is fundamental to determining the return to be expected. Basel III obliged banks to adopt risk-weighting models to balance out an increase in risk with higher capitalization. However, in the long run, this strategy is not sustainable. Banks must be allowed to change their business model. In a period of negative rates, there is no remuneration for any risk-free business. Either the banks are allowed to operate with fewer constraints to faster supply the credit needs of the market, or they will be stuck between the hammer and anvil: if they do not take risks, they have no return, but risk-taking must be balanced out by an unsustainable capitalization.

What about the upcoming future? Will evaluation methodologies change after Covid?

P. Today, we are rapidly entering the field of nowcasting evaluations, which provide real-time insights into the evolution of the companies’ performance. The PSD2 regulation, which opens up access to bank payment data, foster this trend, as it allows the exploitation of freshly updated data, which are necessary for the development of nowcasting risk assessment models.

C: Today, there is still a lot to be done in terms of transparency. For many companies, there is a lack of data and information that shall be filled. Technologies are ready, but data is missing. The PSD2 regulation opens the door to new players such as Google, Amazon, and Facebook. If the banking system aims at being competitive, it will have to fill this gap very quickly.